Oscar Sale - "The Theory of Everything" 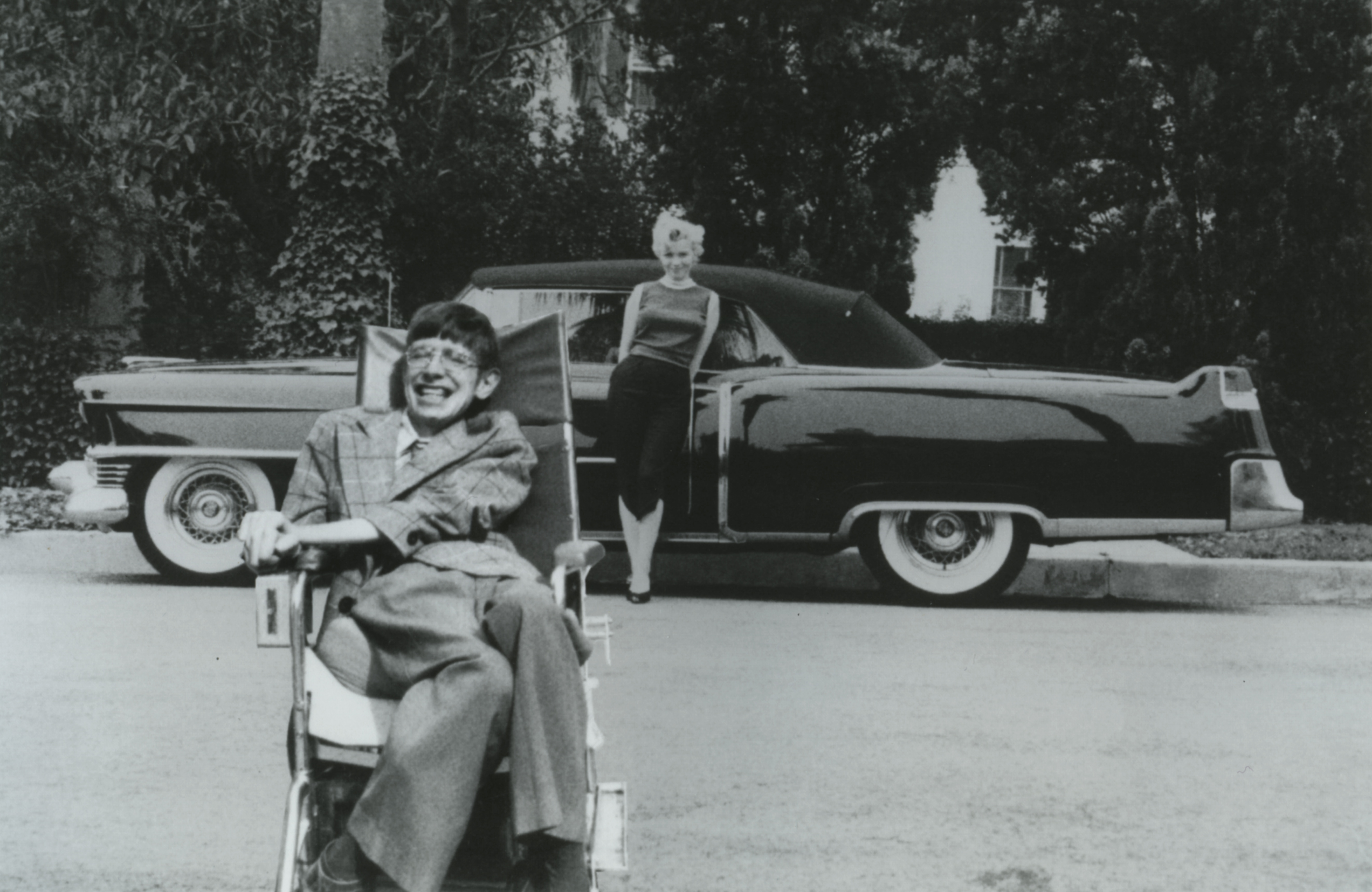 In 1990, my brother Anthony Greene told me (Joshua) that he was starting a production company in LA. He'd been negotiating with Showtime to create a documentary using Milton's images. Over the next year, Anthony met Gordon Freedman who was the producer of the Stephen Hawking documentary, "A Brief History In Time"

Gordon and Anthony teamed up to create "Marilyn Monroe Life After Death" and hired me as the visual consultant.

This project introduced me to the world of digital restoration, and as a result I met software creators on the cutting edge of this new territory. Photoshop, Live Picture, Corel Paint were some of applications in early stages of development. I also met the guys from Nash Editions, who became my mentors in the world of digital printmaking.

in 1993, Stephen Hawking came to LA to appear in an episode of Star Trek: The Next Generation, named - Descent.

Gordon told us that Stephen was a Marilyn fan and that he had two of Milton's posters in his office at home. We had opportunity to meet Stephen for lunch, where we presented him with a Nash Editions Limited Edition Ballerina print and a 'mocked up' image of Stephen racing towards the camera, with Marilyn in the background - standing by her Cadillac. He was thrilled, appreciative, and very happy.

Soon after this lunch, we received picture of a smiling Stephen in his office with his new favorite pictures. Over time, this mocked up image has been seen in various interviews that have taken place in his home office.

For the Theory of Everything, producers recreated this print and used our good friend Suzie Kennedy in place of Marilyn Monroe.

Now through February 22nd, purchase ‘Marilyn Monroe Ready for an Evening Out’ Advance Continuous Tone (ACT) Print for $100. Regularly priced at $150, this is the image that inspired the Stephen Hawking/Marilyn Monroe photo seen in the Oscar-nominated film “The Theory of Everything.” 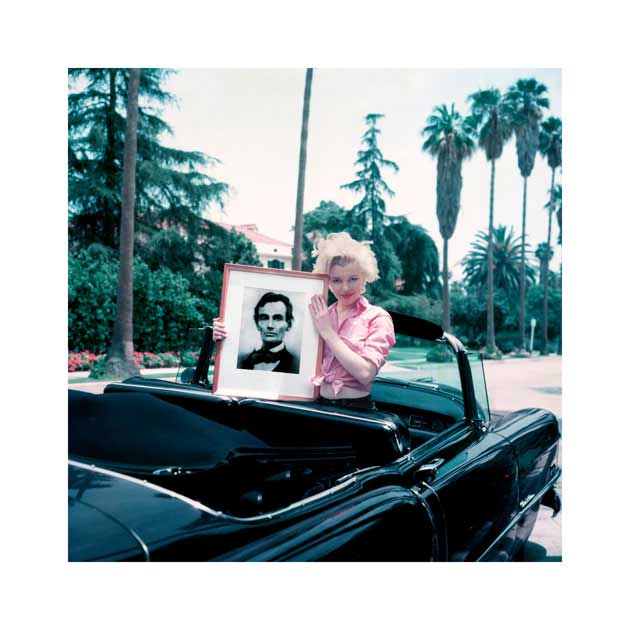 We'll be having a week-long sale starting on Presidents Day!

Starting Monday, February 16th (Presidents Day) through February 22nd, you can get a limited edition print of Marilyn Monroe holding a portrait of her hero, Abraham Lincoln for $525 (30% off its $750 regular price) and receive a ‘Marilyn Monroe Ready for an Evening Out’ Advance Continuous Tone (ACT) Print as our gift to you (a $150 value). ‘Marilyn Monroe with a Portrait of Lincoln' is part of the 'Portraits of an Era  collection and is limited to an edition of 500. On a Los Angeles street in 1954, Milton H. Greene took this image of Marilyn Monroe in the back of a Cadillac holding a portrait of her hero — Abraham Lincoln. Jack Benny gave the car to Marilyn for appearing on his television show. This image was published for the first time in 1996 in The Archives’ best-selling book Milton’s Marilyn. It was not exhibited until the release of 'Portraits of an Era' in 2001.

More about the photo above...

It’s 1954, and Marilyn Monroe stands in her shiny black Cadillac – given to her in lieu of payment for a television appearance. The car’s top is down, and palm trees in the background indicate she’s in her hometown, Los Angeles.

It’s the very image of American affluence, made doubly iconic by another picture within – the framed photograph of Abraham Lincoln that Marilyn’s holding up to her face. In one shot, she pouts impishly, while in the next, she breaks into a girlish smile.

The photo was taken by Milton Greene, who would soon become Marilyn’s business partner as she plotted her escape from Hollywood. Little-known at the time, it was later published in Of Women and Their Elegance, a 1980 book of Greene’s portraits, with a rather fanciful text provided by novelist Norman Mailer.

In this imagined memoir, Mailer has Marilyn say, “The truth was that I was afraid everybody would laugh themselves to death at the thought of me having a crush on such a famous President. But I truly adored Abraham Lincoln. I used to have dreams that I was his illegitimate great-granddaughter. ‘Why not legitimate?’ asked Milton. Before it was over, I let him talk me into taking a picture with my great-grandfather in my Cadillac car.”
No Comments »
This is only a (gif) test!

Just a test - do you see Sammy Davis, Jr. shaking his tailfeather?

Welcome to The Archives Blog!

We're very excited to offer another avenue to reach our fans, friends and customers. Check back for posts on everything from photography tips, fun stories about celebrity photo shoots, updates on what The Archives are working on, information on Sales and Specials or anything else myself or my crew feels is important or interesting.

I originally started The Archives in the mid-1990's as a way to protect and restore my father, Milton H. Greene's photographic legacy as well as to provide curating services for the 300,000 images in my father's collection. During this long, strange trip, I have become an expert in estate curation and helped usher in the digital imaging and large format printing revolution in Fine Art Photography.

We're currently holding a competition encouraging fans to create a Milton inspired video. Check it out below!
- Joshua Greene
p.s. Thanks for visiting!