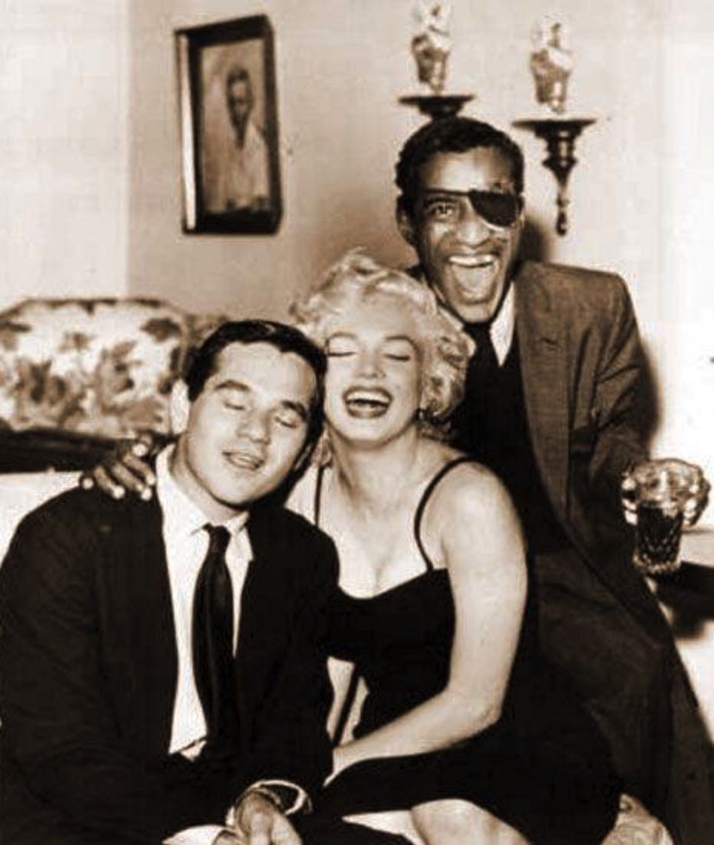 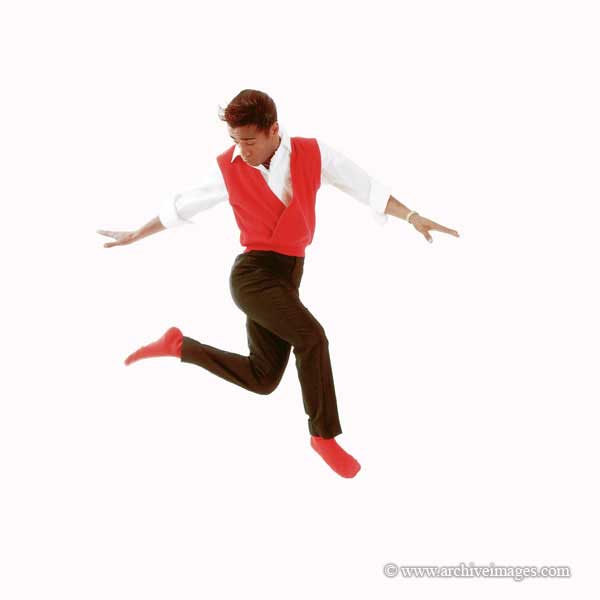 "We were introduced to Sammy in 1953. We were deep, deep friends until his death. He became an every day part of our lives. We did everything together. We traveled, ate, worked and looked after one another. We sat through a thousand performances and we shared a devout love for movie and other entertainment trivia. We took Marilyn to see him at the Copa. After being on for over two hours, his performed his closing number “Birth of the Blues”,  to thunderous applause. Marilyn taps my shoulder, smiles and said, “When Sammy works, he becomes Cary Grant in front of your very eyes.”

Whenever we went to one of his shows, Milton always took a camera. He would put it on the table and shoot. No fuss, no one knew, no one noticed, because the paying customers were watching Sammy.

In the early '60s Sammy and Mai Britt, one of the first public interracial couples, were married and made a life for themselves. Not that they were publicly flamboyant and seen at El Morocco every night. Even walking on Madison Avenue someone would say something nasty in passing, hence they would need bodyguards at all times.

Sammy learned a new number called “Bo Jangles”. He wanted special dramatic lighting, so of course he called Milton. Milton again thought of a silhouette against a black background with just a pinspot following him everywhere he went on stage. At the end, as he had always done so successfully, the spotlight became smaller and smaller until the last note came out of Sam’s mouth. The right hand is up, fingers snapping in time to the music, blackout, BAM! It was first tried in Vegas at the old Sands hotel."

Excerpted from But That's Another Story by Amy & Joshua Greene. Published by powerHouse Books. 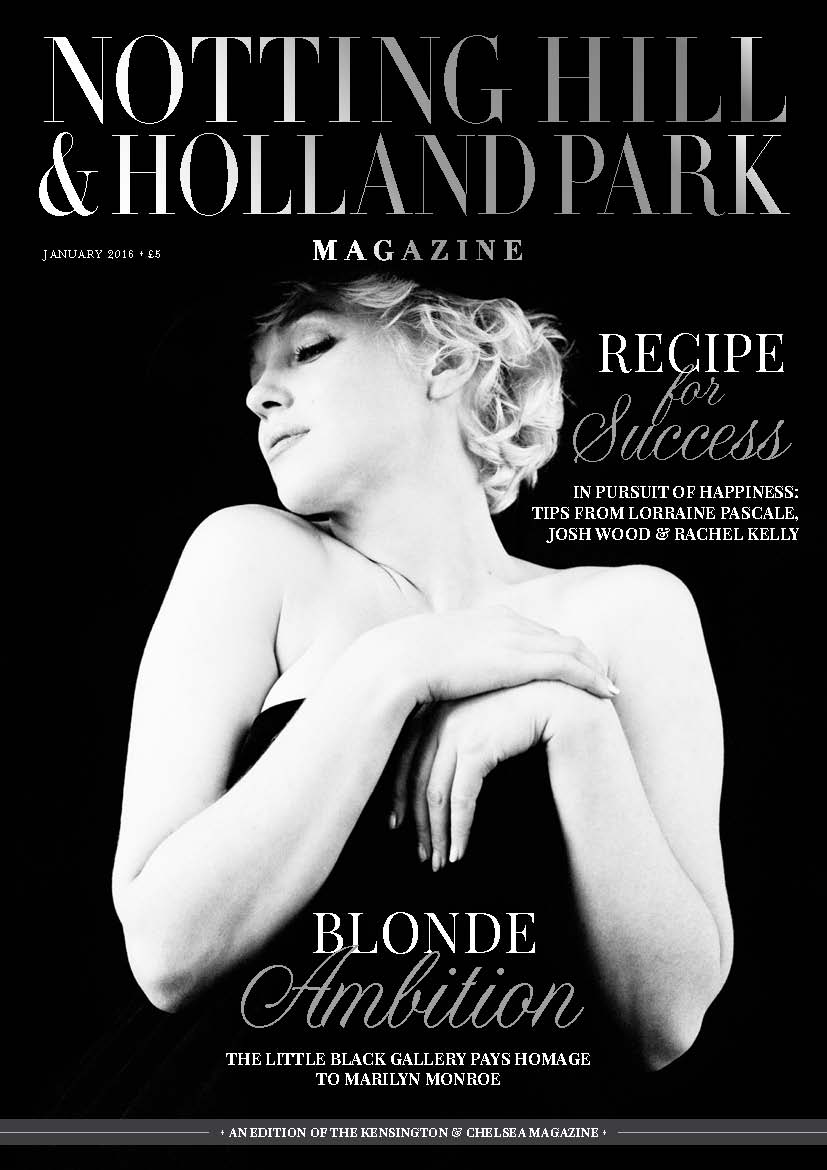 The Little Black Gallery has been a great success so far and has been featured in many publications showcasing the work of Milton H Greene and Douglas Kirkland with the exhibition called Gentlemen Prefer Blondes featuring Marilyn Monroe.

The latest exhibition at the Little Black Gallery stars Marilyn Monroe, and features the work of photographers Milton H. Greene and Douglas Kirkland

America's original sex symbol: Rarely-seen portraits of Marilyn Monroe - including an intimate photograph of her wearing just a bed sheet - to go on show in London

Marilyn Monroe was never short of attention during her brief but prolific career, and the screen siren is back in the spotlight once again with a new exhibition.

The Times has also featured the Exhibition in their paper. 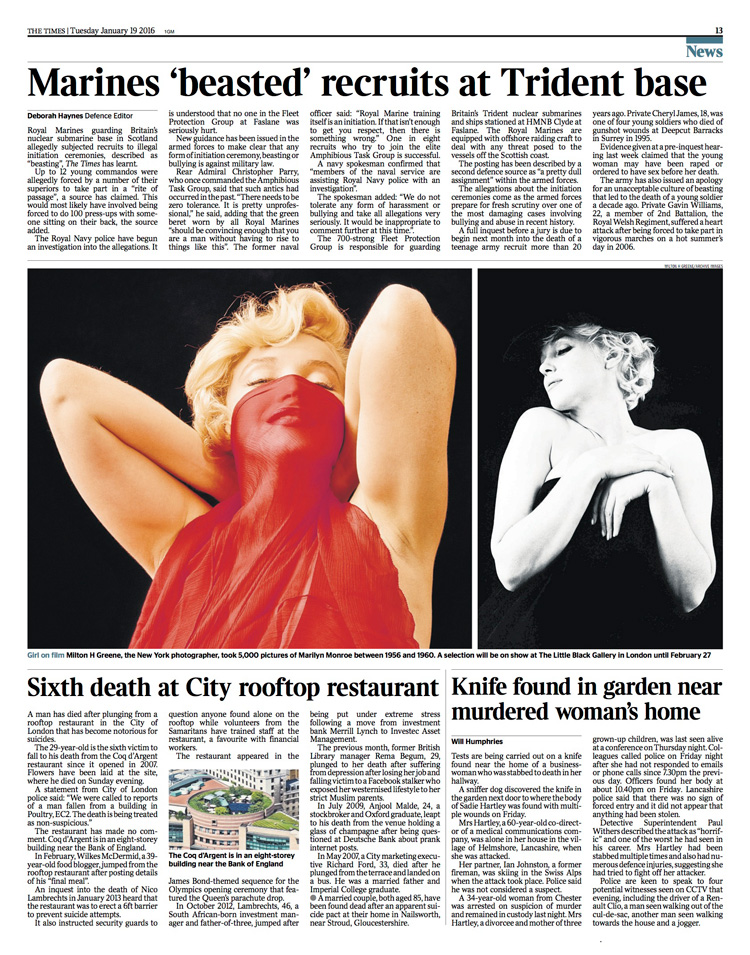 Gentlemen Prefer Blondes featuring Marilyn Monroe is still ongoing until February 27th so make sure to stop by The Little Black Gallery to have a chance to see these rare photographs of Marilyn Monroe by Milton H Greene and Kirk Douglas.

Sam Shaw (January 15th,1912 to April 5th, 1999) is internationally recognized for his photographs of films and movie stars, though his interests and talents covered a wide array of subjects including music, theater, sculpture, painting, literature, journalism, as well as social and political activism. Shaw’s prolific six-decade career is remarkable in its breadth and diversity, and remains a historic record of the twentieth century. He is best-known for his stunning portraits of Marilyn Monroe.

In the early 1950s, Shaw began working in the film industry as a special still photographer. He captured countless stars of the cinema, including Woody Allen, Humphrey Bogart, Marilyn Monroe, Marlon Brando, and many more. His photographs appeared often on the cover of LIFE and Look magazines, as well as in Paris Match, L'Europeo, The Daily Mail, Der Stern, Harper's Bazaar, Connaissance des Arts, and others. Shaw preferred to shoot his subjects without set-ups, makeup, or decorations, encouraging them to be spontaneous and improvise— a style that set Shaw’s work apart from the stereotypical Hollywood “glamour” photographs of the day and foreshadowed his later role as an independent filmmaker.

Shaw created the iconic image of Marilyn Monroe with her white skirt blowing over a subway grate in the film The Seven Year Itch. Shaw’s “flying skirt” pictures are some of the most widely seen photographs ever taken.

Today, Sam Shaw's legacy and work is preserved and promoted by his children and grandchildren through Shaw Family Archives.

View more of his work on his website shawfamilyarchives.com
No Comments »
In Tribute to David Bowie 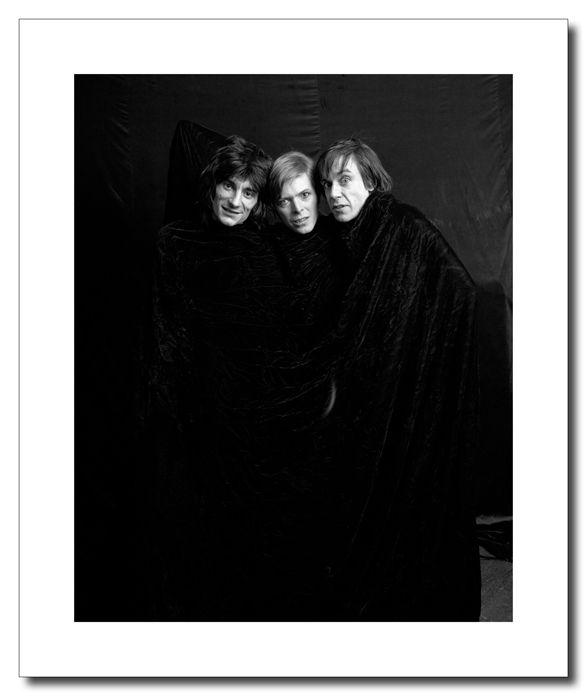 David Bowie just released his 25th album last week. What a shock to the world the news of him passing on Sunday. All of us at the Archives have been working on our latest Series honoring Milton’s Life work, “The Anthology Collection.” This Bowie photograph is a sneak preview of one of the images that are included in this best of selection.

Milton had decided he was moving to San Francisco in 1980. One of the very last sittings he did at the house on 78th Street was a spontaneous one. He was working with an art dealer who brought over an entourage of Rock Stars, literally. Keep in mind, Milton did not necesarily know their music, but he was no stranger to people who were authentic. He liked Bowie & Ronny because of their love of art and the written word, not because of Ziggy Stardust or the Stones. The spark that bonded David & Milton was their appreciation for Samuel Clemens. Who knew Bowie was a man of prose! Both of them went off on how great Twain's short stories were. Building off these passions they went upstairs to the studio, my old bedroom. After a few hours of pomp & circumstance and only three rolls of film of various poses, we chose this frame. The Anthology Edition is a tribute to Milton's life's work which must include this special series of this band of brothers that graced Milton with an unexpected and most pleasurable visit.

In honor of his passing, the Archives is offering 40% off any purchase when using the code: ziggy. Thiss code is good until January 31st, 2016.

Link to product on store https://shop.archiveimages.com/products/1835-ziggy-stardust-and-the-stones-wbp-02 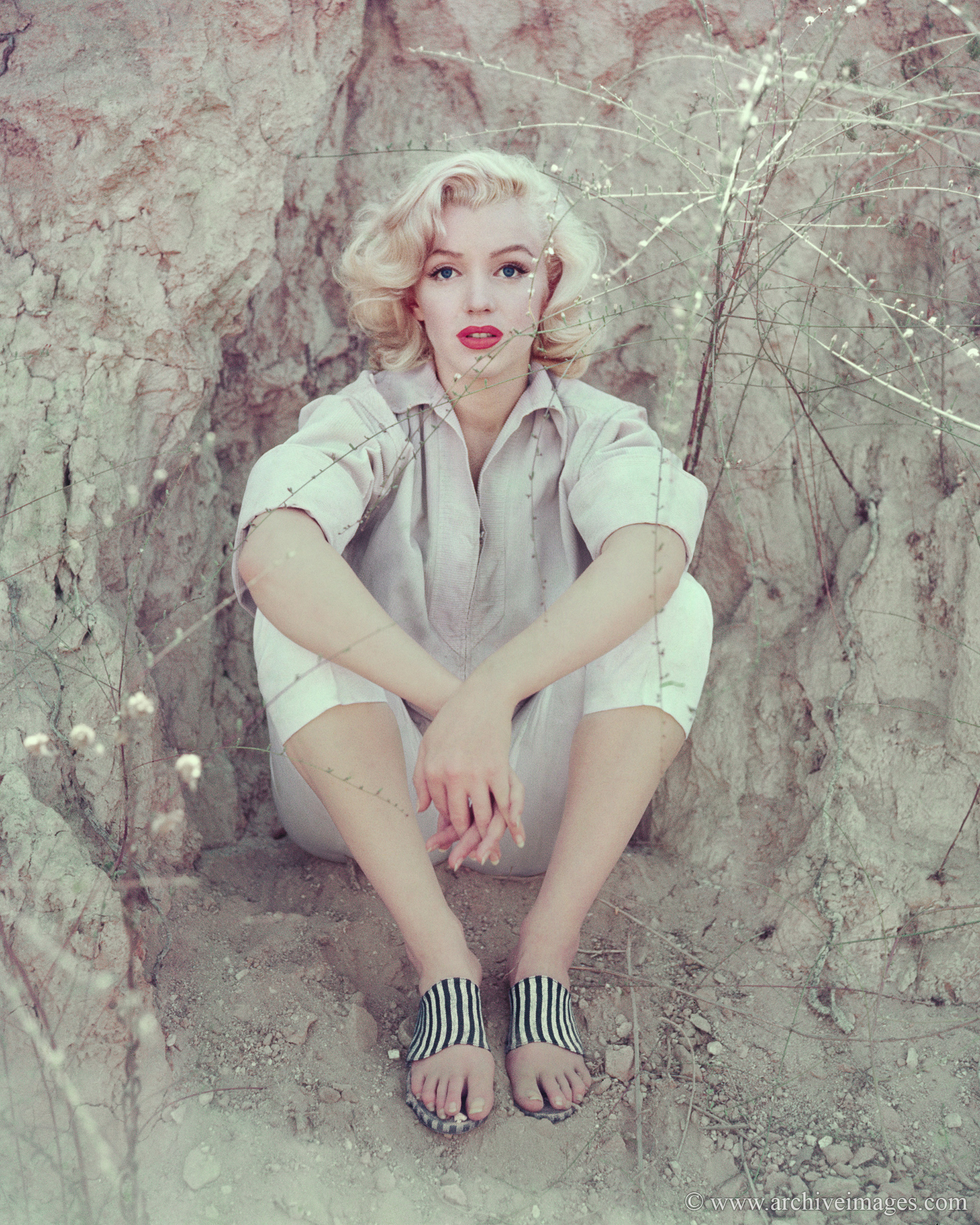 Marilyn Monroe was one of the most photographed women in the world, it’s perhaps unsurprising, 53 years on from her untimely death, that we are still being presented with unseen images of her.

These unseen images and more can be viewed at the exhibition of Monroe pictures, called Gentlemen Prefer Blondes, by two celebrated American photographers Milton H. Greene & Douglas Kirkland, which opens next month at Chelsea’s Little Black Gallery from January 19th to the 27th of February 2016 at The Little Black Gallery, 13a Park Walk, London SW10 0AJ


Milton H. Greene (1922-1985) made his mark as one of the most celebrated photographers in the world. Greene began taking pictures at the early age of 14. By age 23, he was referred to as "Color Photography's Wonder Boy.” working for Life, Look, Harper's Bazaar, and Vogue. Greene's most noted work is with Marilyn Monroe. They first met in 1953 on assignment for Look Magazine. He photographed her in 52 different sittings producing over 5,000 images, some of which have never been published.

Douglas Kirkland was born in Toronto, Canada. He joined Look Magazine in his early twenties, and Life Magazine during the golden age of 60’s/70’s. Kirkland has worked on the sets of over one hundred motion pictures and his photography has been exhibited all over the world. The evening he spent with Monroe 54 years ago was sensual, intimate, and spontaneous, and it produced the famous series “An Evening With Marilyn Monroe.” According to Kirkland, the two of them shared a tension-filled shoot. He describes their time together as though they “were in a beautiful dance”.

For more information about the gallery you can visit Iconic Images or The Little Black Gallery websites.